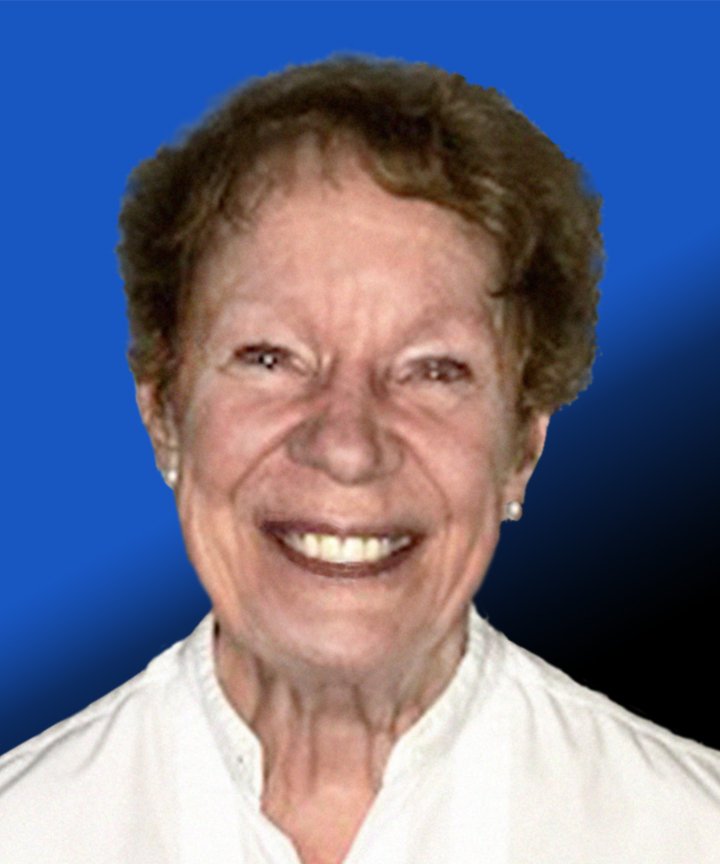 Jo and her twin sister and older brother have childhood memories of swimming daily in Lake Michigan near their home in suburban Chicago, starting in April. Much in contrast to the cold waters of Lake Michigan, Jo found herself in active duty at William Beaumont Hospital in El Paso after receiving tuition payment from the Army Nurse Corps for her final year in college. While there she dated a doctor, who was a widower with two children. It was the year of The Sound of Music, and she thought, if Julie Andrews could take on seven children, then she could manage two. She and Bob had three more children. While Bob was serving at another Texas hot spot, Fort Sam Houston in San Antonio, he took care of President Lyndon Johnson at Brooke Army Medical Center and she has the special memory of meeting the president and Lady Bird. She started with DCMSA in 1992 as treasurer and served with Mary Geisler as the first co-presidents in 2002-2003, the year of the luncheon “Prescription Texas” which still stands as the most successful fundraiser done by the Alliance.

Since 2013, Jo has served as treasurer for the board committee that oversees the Aldredge House. In that position she pays the bills for the maintenance and all other miscellaneous expenses and accounts.  She also receives and accounts for donations to the Aldredge House, does a monthly report and provides that report to the regular meetings of the DCMSAF Board of Directors.