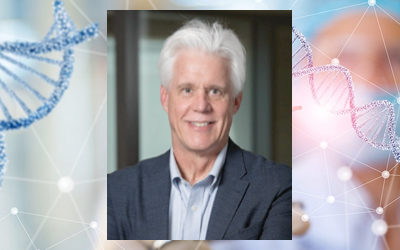 The house was full at the final DCMSAF program of the spring season for honoring the Alliance Retired Physicians in their inaugural year and in anticipation of the program on Gene Editing, presented by the internationally renowned molecular biologist Eric Olson, PhD. Dr. Olson is Founding Chair of Molecular Biology at UT Southwestern Medical Center, Director of UT Southwestern’s Hamon Center for Regenerative Science and Medicine and the Wellstone Center for Muscular Dystrophy Research. He holds three named chairs.

The audience, heavy with retired and practicing physicians, was indeed an enthusiastic and tuned-in group. Marvin Stone, Alliance Retired Physicians Chair, said “Dr. Olson’s presentation was fantastic! I didn’t think the audience was going to let him go.”

Dr. Olson’s response to the evening was “You’ve got a great group. They really grilled me with questions!”

Dr. Olson’s work and that of his team has brought hope to millions of boys and young men around the world who are afflicted with a deadly form of muscular dystrophy referred to as Duchenne muscular dystrophy. He noted that the disease usually starts showing up between ages 2 and 3 as the boy’s legs begin to weaken and, by the time he is a teenager, he is in a wheelchair and later on a ventilator. Without intervention, the boys die by the time they reach their late twenties.

The process the team uses in their genome editing work is CRISPR. In addition to the ground-breaking discoveries that, while they will not cure Duchenne’s muscular dystrophy, can stop it in its tracks, Olson’ lab is also illuminating critical pathways for repair and recovery of the heart after a cardiac event.

The audience heard that tremendous possibilities abound for bringing this technology to bear on young boys whose DNA carries the specific mutation that causes the disorder. The injection of a CRISPR-carrying inert virus created for the purpose would halt the worst effects of Duchenne muscular dystrophy. The younger the patient, the more effective are the results. It is thought that Olson’s work should encourage more genetic-editing breakthroughs for treating other monogenic diseases, resulting in cure for some of the world’s most intractable disorders.

This celebration of the inaugural year for Alliance Retired Physicians and the program that generated such enthusiastic response took place on the evening of May 19 at Aldredge House. The guests also gave a spirited response to the DCMSAF Hospitality Chair, Wendy Hansen, for the dinner she prepared for the occasion.

Olson is the founding chair of the Department of Molecular Biology at UT Southwestern Medical Center. He also directs the Hamon Center for Regenerative Science and Medicine and the Wellstone Center for Muscular Dystrophy Research. He holds the Robert A. Welch Distinguished Chair, the Pogue Distinguished Chair and the Annie and Willie Nelson Professorship. Dr. Olson is a member of the U.S. National Academy of Sciences, the National Academy of Medicine, and the American Academy of Arts and Sciences. His work has been recognized by numerous awards, including the American Heart Association Basic Research Prize, the Pasarow Award, the Pollin Prize, the Passano Award, the March of Dimes Prize in Developmental Biology, the Fondation Lefoulon-Delalande Grand Prize for Science from the French Academy of Science, and the Eugene Braunwald Academic Mentorship Award of the American Heart Association.

Journal of Clinical Investigation calls Olson a “Giant of  Medicine”, an identification evidenced by  his achievements.