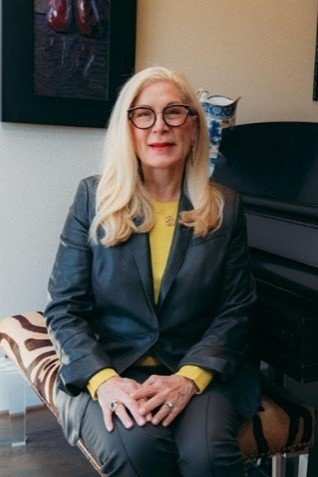 Please join us to hear fellow DCMSA member, journalist, and entrepreneur, Candace “Candy” Evans.  One of the nation’s leading real estate reporters, Candy is the founder and publisher of a growing platform of real estate-focused news website verticals: her signature CandysDirt.com, SecondShelters.com, and MidlandDirt.com.  Candy is “in the know” within the Dallas real estate world like none other, having, for example, scooped former president George W. Bush’s Dallas home purchase in 2008 while on staff at D Magazine.  More recently, she featured the Aldredge house in her January 5th, 2023 newsletter, depicting beautifully how the Aldredge House is a Dallas treasure and summarizing our history and unique significance.  Candy loves history and is on the Board of Preservation Dallas.  She chaired a home tour for DCMSA, netting more than $115,000, one of the most successful in our history.  On a separate, but entertaining, note, Candy was featured in “Daughters of the Sexual Revolution: The Untold Story of the Dallas Cowboys Cheerleaders” produced by Dana Adam Shapiro, based on the book she wrote in 1982.

Candy is the North Texas real estate editor for Forbes.com. Her verticals have won countless awards, including Best Blog by the venerable National Association of Real Estate Editors, one of the nation’s oldest and most prestigious journalism associations. Candy holds an active Texas real estate license. She is on the Board of Directors of Braemar Hotels & Resorts (BHR). As a volunteer, Candy was President of the Dallas USA Film Festival in 2015 and remains on the board.

She has been involved with the Dallas Arboretum, the Yellow Rose Gala, Paws Cause, Cattle Barons, and Presby Partners. She also worked as a tireless volunteer at her children’s schools, Hockaday and St. Marks. In 2012, she and her husband, Walter F. Evans II, M.D., co-chaired the Texas Medical Association annual gala in Dallas, “Going for the Gold”. Both are very active in the Columbia University and Dartmouth Clubs of Dallas. Candy is on the public safety committee of the North Dallas Chamber of Commerce. Candy & Walter also started one of the first neighborhood police patrols in Preston Hollow, and are leaders in the Hillcrest Estates/Northaven Crime Watch Patrol.

Married for (almost) 43 years, Candy & Walter are members of Preston Hollow Presbyterian Church, with two Golden Doodles. Their late parrot, Josie, who was a down payment on a hysterectomy, had a starring role in the “Real Housewives of Dallas”.

You do not want to miss this program!  I encourage you to invite a prospective member or a friend.  Please RSVP by Friday, February 27th.