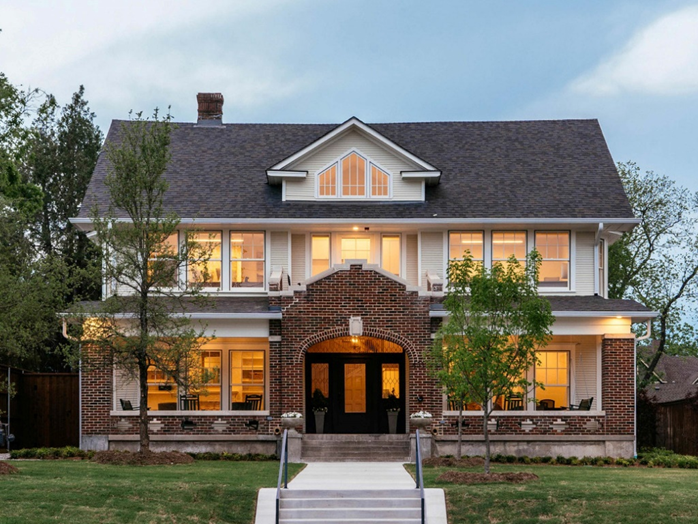 If you’ve lived in Dallas for a while, you’ve heard of Aldredge House, the magnificent mansion at 5500 Swiss Avenue designed by Hal Thomson and Marion Fooshee. It’s the jewel in the neighborhood’s crown and Dallas’ only historic house museum.

To our knowledge, it’s also the only home in America to host a living play.

What’s a living play, you ask?

You’ve probably been to a stately home with docents in each room telling you about its history, but The Friends of Aldredge House have taken the concept further.

In 2018 three Friends of Aldredge House board members began to brainstorm ideas for bringing Dallas’ history to life. Marianne Howells, Rene Schmidt, and Evelyn Montgomery decided the best way to write a story about the original homeowners, who, by the way, were not the Aldredge family.

In 1915, West Texas rancher William Lewis was keen to make his social mark in Dallas and knew that began with a grand house. His young bride, Willie, was not enthused, to say the least. Lewis forged ahead, and for two years Thomson and Fooshee pulled out all the proverbial stops, creating a home that would not only stand out but also stand the test of time.

Completed in 1917, what you see today is almost exactly what William and Willie saw during the four short years they lived here.